So Much More than Fish

Unfeeling comments to the contrary, most people in Howard County seem to understand how crucial it is to address the problem of teen suicide. The new initiative, “It’s OK to Ask” is being welcomed by teachers, school officials, mental health professionals, and parents. You can learn more here.

Another initiative which aims to make young people safer online in regard to cyber bullying is Graces Law 2.0, an upgrade of the original bill, put forward by Howard County resident Christine McComas. Mrs. McComas’s daughter Grace died by suicide after relentless cyber bullying from students in her school community in 2012. The current bill under consideration increases the penalties for cyber bullying. 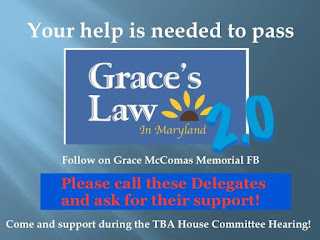 Mrs. McComas has been keeping the community up to date on the status of the bill in Annapolis:

I'm told that the following House Judiciary members have not yet decided to support Grace's Law 2.0.
Can you call let them know of your support?

This bill went to Annapolis last year but never made it out of committee, so, if you support this measure, pick up the phone. The Board of Education recently sent a letter to the Judiciary Committee outlining their support.

A reminder that unhealthy school hours are a significant factor in teen stress, anxiety, and depression. Parents inHoward County have joined the many communities nationwide to create a movement to Start School Later.  From their website:

There are a variety of ways to take action to support teens in our community. As the poster for “It’s OK to Ask” states:

They might be your friend, your child, your student, or your child.