Frequent readers of this blog will recall that I have a new neighbor:  Blandair Regional Park.  Allow me to give you a brief tour.  Here is a picture from within the park itself: 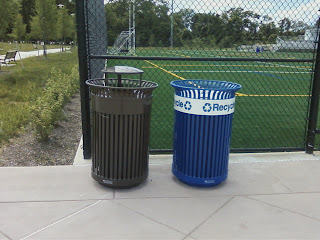 Here is a picture of the Blandair Park Pedestrian entrance on Timesweep: 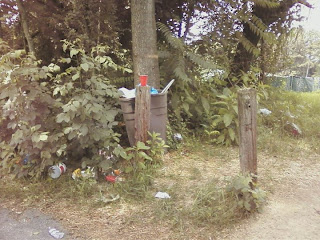 Yikes!  It certainly seems to reinforce this disparity--Blandair Park is in Howard County; the Pedestrian Entrance is in Columbia. ("Invisible Columbia")

And yet, as deliciously provoking as this contrast is, it is far from the whole picture.  The truth is, while I have looked forward to this park since I moved here in 1999, many of my neighbors did not.  Residents in Cinnamon Tree at Talbott Springs and Emerson Hill complained and dragged their feet throughout the process.  It is hard to believe that a regional park could produce so much NIMBY-ism, but it did. In fact, word on the street is that an Oakland Mills election was turned by (erroneous) rumors that one candidate favored an official, automobile accessible entrance to the park on Timesweep Lane.

So, we don't have a beautiful, county-designed and maintained entrance to Blandair Regional Park. And maybe this is the logical consequence of the oppositional behavior of those who rallied against the Park. But it looks atrocious.

Wednesday I commandeered my family and we went to work.  The results? 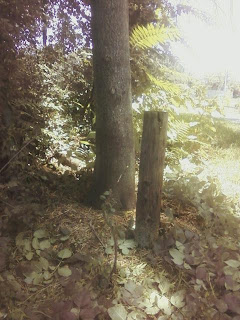 We picked up trash, set out the bin for Thursday collection, cut back weeds and vines.  Call it the "Timesweep Lane Pedestrian Entrance Improvement Association."  It begins with me.  Membership is open to those who aren't afraid to get their hands dirty.


"You must be the change you want to see in the world."  Mahatma Gandhi
hocoblogs@@@