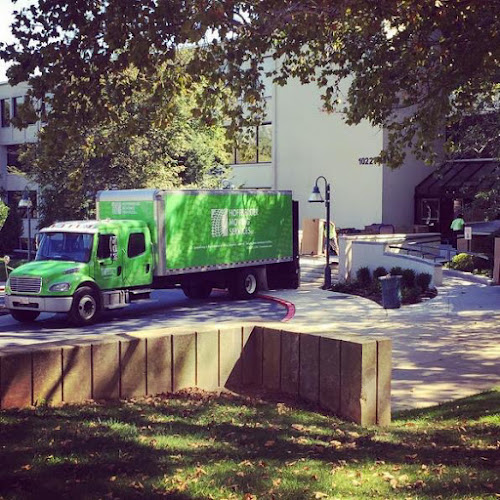 I drove downtown twice Friday to try to get this picture. Alas, my timing was all wrong. But someone else had the same idea. (Photo used with permission.)
The Columbia Association has been looking for a new home for as long as I can remember. And then, about a year ago, they finalized their plans. Friday and Saturday were moving days. Now they will begin the task of settling into their new home in the Hillside Center, an office complex located off of Stevens Forest Road in East Columbia.
I could rail about just "how wrong" it is to move CA Headquarters out of Downtown Columbia. I could complain that it's always been in the same place, but I'd be wrong. It's just always been there since I have been paying attention. The last move was in 1992. There is a symbolism to having CA downtown, but that symbolism would have come with a cost.
Lakefront real estate is expensive. The Downtown Plan is moving forward, and CA made a choice to prioritize their financial resources. They chose people and programs over real estate. We can moan and sigh about it, if we really even care at all, but their reasoning is sound.
I think the reason I really wanted to snap this photo for myself has to do with the person who really turned me on to being a Columbia real estate watcher--Dennis Lane. Those of us who followed his blog know he would have had something to say about all of this, and he would have found a way to get the picture, too. A well-placed phone call, perhaps.
Something else Dennis would have been all over: HowChow is back from an adoption sabbatical of sorts, and he's asking about this sign: 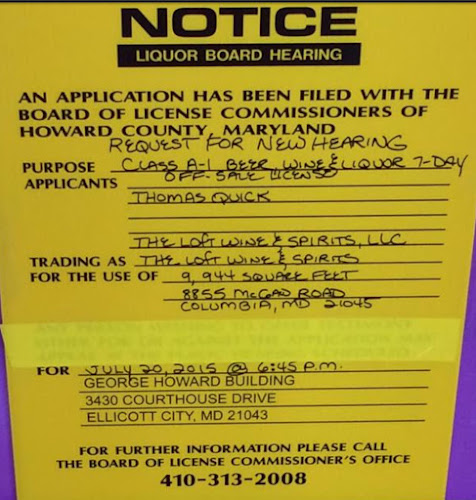 Many questions as yet unanswered. Puzzles and mysteries and the joy of discovering the answers to local goings-on. I caught the bug from Dennis. He had a life-time of knowledge and experiences and a network of colleagues and friends to tap into. All of the rest of us benefited from his curiosity and zest for community life.
This is where the last pithy sentence should go. I don't have one.
Posted by Julia A. McCready at 5:21 AM