In the spirit of my belief that hard times require great art, I present to you a new song by area musician Alan Scott.   I became a fan of his work through two of his previous songs, “You Only See Me When I’m Gone” and “Colors in a Dream”.

Inspired to pay tribute to Lewis following his death, Scott composed “John Lewis Lives (Good Trouble)” and raised the funds via Kickstarter to record it professionally. During a pandemic. That’s pretty impressive, when you think about it. Alan Scott is a working musician whose primary livelihood comes from playing gigs and teaching private lessons. I can only imagine what the last seven months have done to his ability to make a living.

Yesterday I was feeling disheartened about many things. Seeing the link to Scott’s finished song and listening to it was a moment of pure joy in a dark day.

Where there is hope

where there is freedom

where we fight for justice

Where you build a bridge

Made of faith, made of courage

He will walk beside you.

You can also listen to it on YouTube. But, here’s a thought: why not spend the 99 cents it costs to download it? Every time you listen to it you will remember you supported a local musician during hard times.

You are not alone

On this road to freedom.

Where there is good trouble

You can learn more about Alan Scott here. 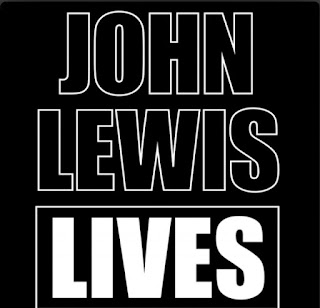