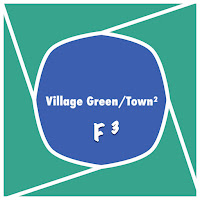 My husband and his family are from Belfast, Northern Ireland. What a joy it is to be married to someone from another country and to have the opportunity to learn fascinating new things about how people live other places. Over the years I’ve enjoyed many wonderful stories about life “back home”. I’ve come to adore my mother-in-law’s mince pies at Christmas, the homey comfort of her good wheaten bread. My husband fancies her potato farls. I’m still puzzled by why anyone would eat Brussels Sprouts voluntarily.

Our younger daughter grew up with tales about Finn McCool, the Giant’s Causeway, Cuchulainn, and Tír na nÓg. She learned to look for fairies in the thin places and that leprechauns are no where near as harmless as Americans think they are. She grew up dancing to Irish music.

Oh, and the music is truly beyond compare. The haunting beauty of the Celtic harp, the driving rhythms of the bodhran, the fun of old favorites like “I’ll Tell Me Ma” . Being married into a musical family has its benefits and, as far as I can tell, absolutely no downsides.

Along with foods, history, and cultural traditions, language has been another area of learning and entertainment. Sure, the McCreadys speak English, but not the American English I was raised on. Toilet paper is toilet roll, paper towels are kitchen roll, but, to be precise, the roll you have at dinner is a bread roll. All sorts of bakery sweets are “buns.” (Even Rice Krispy buns.) Cookies, as you probably know, are biscuits. French fries are chips, and chips are crisps. And ice cream cone is a poke.

There now, all we all sorted?

If you are going shopping, then you’ll be going down to the shops. Runnning errands? Then you’ll be doing the messages.

Once, when our younger daughter was very small she learned the word “knickers” from her grandparents and found it quite amusing. They had a bit of fun with the new word at grandma and grandpa’s house, the sort of fun that only young children can have, saying something over and over again and just laughing. Giggling in delight.

This must have been quite the event, because it inspired my in-laws to carry over the fun to Christmas day that year. After we had opened all the presents, a few mysterious parcels remained. My daughter was instructed to hand them round, and at a signal, we all set to, tearing off the wrappings.

There was a moment of silence.

It was underwear. Everyone got underwear. Sensible, girly, lacy, sporty: all kinds, all sorts, all colors. Even my nephew, who was living with us that year while fulfilling a college internship, sat, a bit stunned, contemplating his own unexpected gift.

She, of course, having long since gotten over the novelty of it, just looked at them. I’m not sure what she was thinking but perhaps she was mildly surprised that Grandma and Grandpa were still so excited about that silly word. By this time all the grownups had caught on to the humor of the moment and it took awhile for the laughter to subside. At the center of it all was a little girl, looking completely serious, wondering if we had all taken leave of our senses. That made us laugh even more, as I recall.

It has become known in the family as the “knickers Christmas.”

We do not always get the presents we are expecting during the holiday season. If this should happen to you, well, now you have a great story to tell.