Saturday was my first Pride. Not Howard County’s first, that was at Centennial Park in 2019, but it was my first time attending a Pride event. It meant a lot to me seeing Columbia/HoCo open one of its most central public spaces for this celebration. 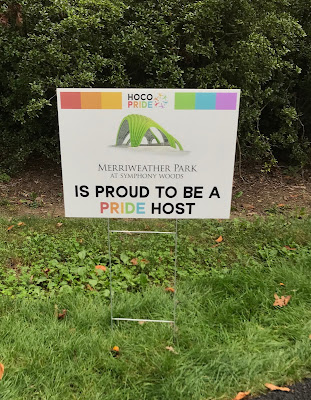 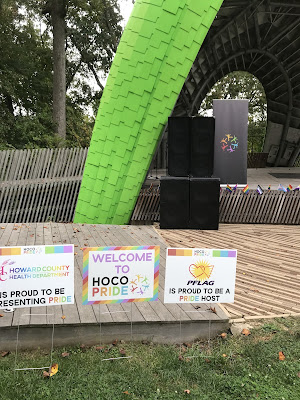 It was a day I’ll be remembering for a long time to come. County Executive Calvin Ball’s opening remarks were both reasoned and impassioned. When Howard County Pride director Jumel Howard read the names of LGBTQ+ people who have died this year due to targeted violence the silence was heavy with sadness and horror.

It was a day to celebrate but also to remember. To party, yes, but also continue the work to make our communities safer and more accepting.

Naturally I have souvenirs. Some of them are photographs, like this beautiful shot taken of the booths lined up around the new Chrysalis pervious pathway. 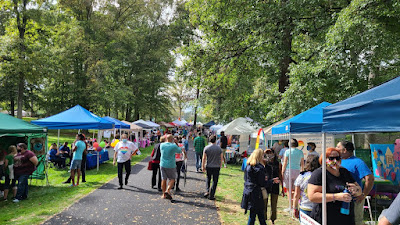 Some are snippets of information, like the flier for a new group called Unmatched Athlete: 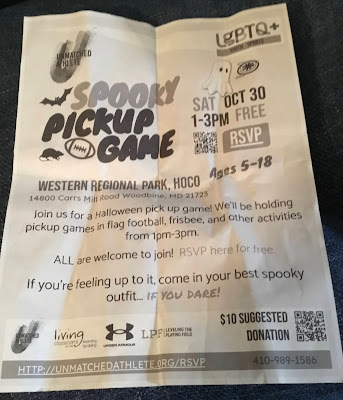 Or a card from a support organization called Mama Dragons. 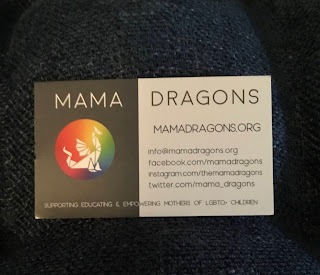 I got a free mask for the event from the Howard County Pride table by the Chrysalis. 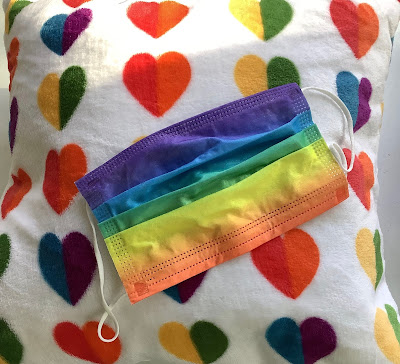 My husband bought me my very first Pride shirt from one of the many vendors and a pronoun button from the CARY booth. 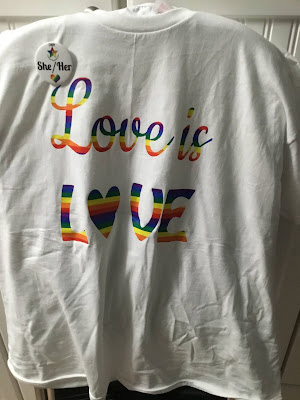 One of the most significant moments of the day takes a bit of explaining. Eight years ago my daughter, full of early adolescent fervor, asked if her school news team would run short daily pieces to honor LGBTQ+ History Month. She was told the school system would not permit it.

On Saturday the Howard County School System had a booth at Pride. So did CARY, (Community Allies of Rainbow Youth) and HCPSS Pride, advocacy groups supporting LGBTQ+ students that have sprung into existence in the intervening years.

It was a day to celebrate but also to remember. To party, yes, but also continue the work to make our communities safer and more accepting. It seems that, in spite of our best efforts, there is always more to be done.

I offer my heartfelt thanks to everyone involved in Howard County Pride. Let's all join them in doing the work.