Last night as I sipped a Columbia Festival of the Arts Ale by Manor Hill Brewing and the day faded into evening at the Chrysalis I found myself getting a bit sentimental, The sounds of Damon Foreman and Blue Funk filled the space and reached beyond it with guitar, saxophone, keyboard and percussion virtuosity. 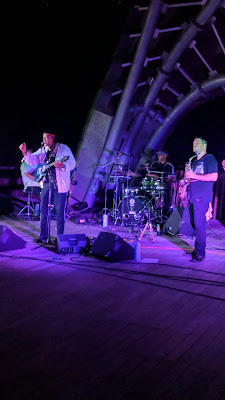 “If Columbia/HoCo has a sound, this is it,” I thought. I knew it was mushy as soon as it entered my head but, really, I was having a moment. Maybe it was the ale talking. Maybe it was the Chrysalis aglow with twinkling lights and full of people having a good time, sharing a musical experience.

Of course, Columbia/HoCo has many sounds. I’d never want to have to choose only one. Living in a community with so many venues both big and small for enjoying music  is one of the reasons I love living here.

Here’s a new sound to me, and perhaps for you. 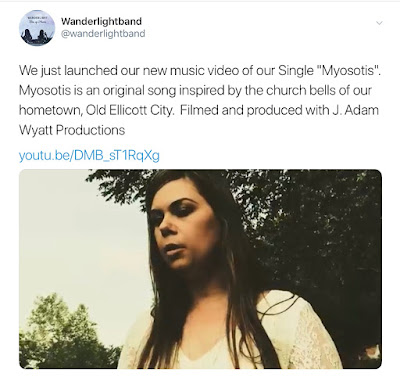 Wanderlight is a band out of Old Ellicott City. I found the music video for their song “Myosotis” (forget-me-not) on Twitter. The group describes themselves on their website:

Here’s where you come in. Wanderlight has an Indiegogo to get their first album off the ground and they are within striking distance of their goal. Take a listen to their music and put a little “cash in their jar” if you can. You have the opportunity to help a homegrown, local group get their voices heard and shared.

I found their music video especially compelling because of the local settings. Maybe you will, too. You know how this works: if you like the video, share it on social media.

Who knows? Maybe next summer we’ll be enjoying Wanderlight at the Chrysalis.