And now, another episode of Other People’s Tweets.
Back in the spotlight, my favorite Columbia building: 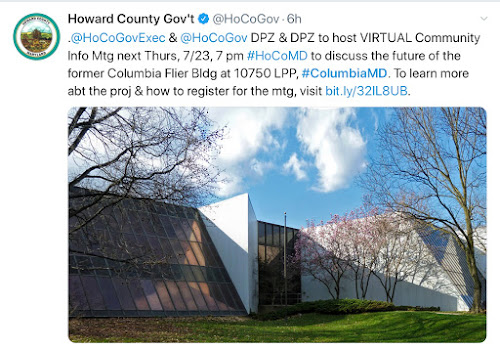 Yes, I know it is probably a tear-down. Yes, I know the potential of the land under it is more valuable than that of the building itself. No, I do not have the money to buy or renovate it. But I still maintain it would be the greatest Extreme Home ever. If you want to follow along with the process - - or perhaps buy it for me - -  you can go here to learn more.
Next up, a tweet that keeps catching my eye: 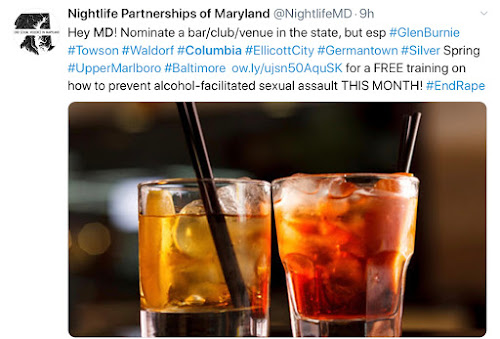 I don’t know anything more about this than the information they provide here. Nightlife Partnerships of Maryland are offering free trainings to bar staff to learn how to prevent alcohol-facilitated sexual assault. The lead trainer is Shawna Potter and the workshops are being offered through a grant from the Maryland Department of Health Rape and Sexual Assault Prevention Program. Do you know of any local bars who would be interested in this kind of training for their staff?
Finally, an announcement from the Baltimore Business Journal that I can’t tell you much about because I don’t have a subscription. My apologies on that. I subscribe to The Baltimore Sun/Howard County Times, The Capital Gazette, The Maryland Daily Record, The Washington Post, and the New York Times and I can’t afford any more at the moment. 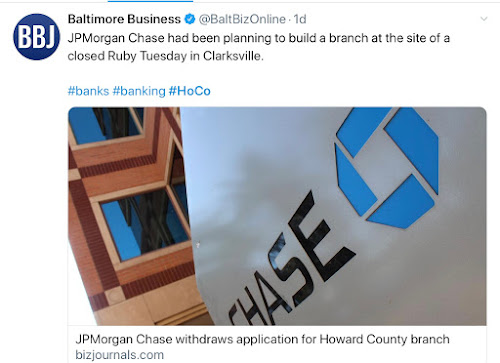 What I do know is that Clarksville residents have plenty of hopes for what the former Ruby Tuesday’s should be. What they think they already have enough of: banks, nail salons, and pizza places. So, who knows? Perhaps this means something different will eventually be in that space in the River Hill Village Center. However, a summary of the article by Holden Wilen says:

The bank hinted that it will be resubmitting the application again in the future as it navigates a complicated approval process.

If you’re holding out hope that the Ruby Tuesday’s building might become a Panera, a TGI Friday’s, or a really good steakhouse, well, I wouldn’t bank on it.
Posted by Julia A. McCready at 3:38 AM