They plagiarized the cake.

Duff Goldman: The cake on the left is the one I made for President Obama's inauguration 4 years ago. The one on the right is Trumps. I didn't make it. 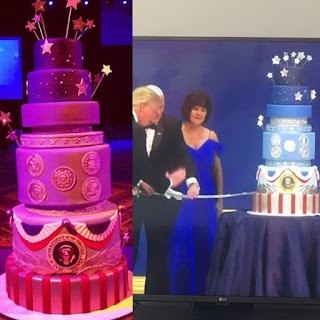 I doubt that Mr. Goldman is going to bring suit over theft of intellectual property. Although I think he has a case. Nonetheless,  he wants us to know. Someone stole his ideas and their execution rather than creating work of their own.

We have a similar problem right here in Howard County. Someone is stealing photographs taken by reporter Fatimah Waseem for the Howard County Times/Baltimore Sun and doctoring them to use in Anti-Sanctuary propaganda.

Fatimah Waseem: That moment you see one of your .@CalvinBallTeam photos (NOT in public domain) being used like this: 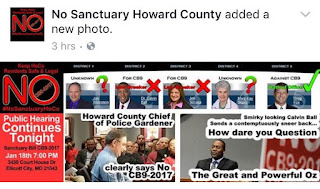 Stealing other people's work is theft. It is actionable. Why, one could say it is criminal behavior,