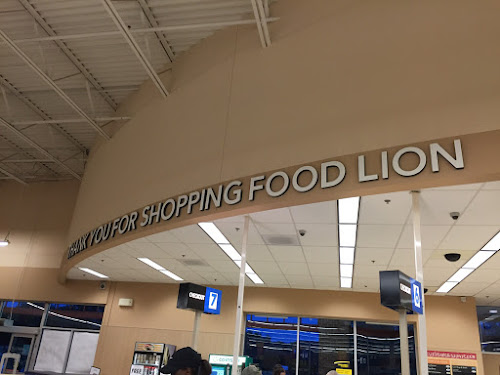 Things will change but the big news is that we will still have a grocery store. We are an older Columbia Village Center and we have a grocery store. I wonder how the gloom and doom people on the Village Board can explain that? Sure, we are an older Village Center coping with life in a post-Rouse age with significantly different financial realities.

But we are not dead.

On a Friday night the Village Center was busy and so was the Food Lion, filled with people doing their Friday night shopping. Maybe some had read the signs out front and were dashing in to get some basic before the one week closure.

It has NOT been the scene of wholesale looting by teenagers, as suggested by an outgoing member of the BOE who should know better.

I have gotten to know a few of the employees and I made sure to say hi last night and thank them for being a part of our neighborhood grocery. The good news is that many of them will stay on under the new owners. Some of them are hopeful, some are jaded. A job is a job. All were happy to hear someone say "thank you."

On the first day the Food Lion was open my husband went down with our young daughter to take a look around. To amuse her, and perhaps for his own enjoyment, he brought along a very large lion puppet named Dusty. Dusty told curious onlookers he was there looking for "lion food." I don't think he found any but as I recall he settled for bacon.

I chatted up the woman who rang up my lottery ticket last night, telling her how grateful we were for her work. She got a little teary.

"Oh you're so nice you're probably going to win the lottery!" she said.

That would be pretty cool. But as long as my village has people out and about on a Friday night, and awesome schools with amazing parents, a bustling Farmers Market and a wild and wacky Second Chance Saloon where we can chill out after a long week--well, maybe I've already won the lottery.

Thanks for being our neighbor, Food Lion. And to Weis Markets, we will be here to welcome you to your new hOMe.