New Beginnings at the Podium

After an absence in the neighborhood of thirty-ish years, the Baltimore Symphony Orchestra returns to Howard County to give a free concert for families and children at the Chrysalis. At the podium, Jonathan Rush, assistant conductor of the BSO. From their website:

As the 2018 winner of the Respighi Prize in Conducting at age 22, Rush made his professional orchestra debut with the Chamber Orchestra of New York in Carnegie Hall.

His Masters Degree in Orchestral Conducting is from the Peabody Institute of Johns Hopkins University in Baltimore. 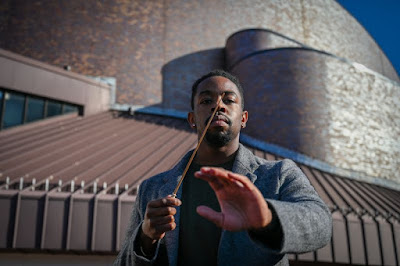 Rush grew up steeped in gospel and other roots-based genres. "What I bring is something so different," he said. "My foundation was gospel. I'm not just going to bring classical, I'm going to bring soul ... the whole music world that makes up Jonathan Rush. People my age, we have something to offer, and it’s completely different.” (Experience: CSO.org)

Featured performer for the concert is rapper Wordsmith, whose artistic partnership with the BSO opens the door to “reimagining classics and introducing more inclusive programming.” (Max Weiss, Baltimore Magazine) 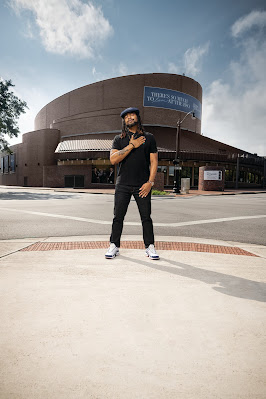 The basis of hip-hop is storytelling. And classical music tells the greatest stories, just through instrumentation. You can literally close your eyes and it will take you to so many different places. There’s a stigma that only one group of people should be playing and listening to classical music. And that’s just so far from the truth. My words are just enhancing it. (From the Baltimore Magazine interview with Max Weiss.)

At the heart of it all is the Chrysalis and the park it calls home: Merriweather Park at Symphony Woods. The concert, at one pm today, is described as having been “created with budding music enthusiasts and their families in mind.” 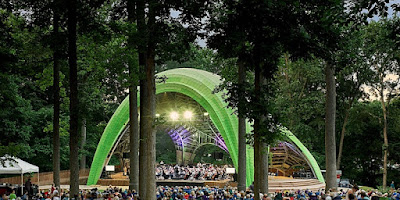 Since its opening in April of 2017, the Chrysalis has made a name for itself as the place in Columbia where you are most likely to experience something new. Certainly the familiar is also on offer, but the richness of opportunities for a wide variety of musical and other experiences is consistently the hallmark of this space.

Integral to the Park’s mission is that their programming will be affordable, accessible, and inclusive. This is more important than ever now, as vulnerable populations impacted by the financial hardships of COVID-19 may be slipping ever further from connecting with transformational arts experiences which not only feed the spirit but open new doors for living.

So often the arts are the playground of the well-to-do. The more that *money* is the key that unlocks arts experiences, the more that audiences will be white and affluent. The Chrysalis operates with the commitment that local arts and culture must speak to more than one audience. It’s no surprise that the BSO, looking to come out of the pandemic with more diverse and accessible programming, chose the Chrysalis as a welcoming venue.

You may have heard Peter and the Wolf before. So have I. But a new generation of “budding music enthusiasts” will be there today to experience it for the first time. For some members of the audience it may be the first time they can picture themselves in that musical world. Wordsmith talks about how “you can close your eyes and classical music will take you to so many different places.”

Today they can do that with eyes open, too. Representation is important. Accessibility is vital. A local performance space that opens doors is transforming our community, one concert at a time.