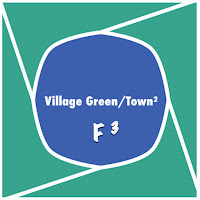 Let us talk of lettuce. And salad. And how we expect long rows of assorted greens and bags of premade salad mixes at our fingertips. Even in January.

America was not always thus. I grew up in an iceberg nation. There was the wedge of iceberg with Thousand Island dressing, or my mother’s Italian salad: iceberg, tomatoes, cubed mozzarella, Parmesan cheese, Italian dressing. (Perhaps black olives. Can’t remember.) In summer when the kitchen was too hot for cooking, we might have Salmon Salad: tinned salmon augmented by iceberg lettuce, tomato wedges, hard boiled egg halves, and Miracle Whip.

This was a time when all sorts of things were called salads. Of course, potato salad, macaroni salad, cole slaw were (and still are) staples of pot luck events. Three bean salad. Pickled beets counted as a salad at my house. But this was also the tail end of an era that raised the term“jello salad” to heights which, frankly, it did not deserve. I shudder to recall lime jello with cottage cheese and pineapple topped with a dollop of Miracle Whip or Marzetti’s slaw dressing. Tomato aspic/gelatin salad. Perfection salad. (It wasn’t.)

Occasionally, in a restaurant, I would run into some darker, or curly, bitter greens in my salad but I did not acknowledge them to be lettuce. They were to be avoided if at all possible, or swamped in salad dressing.

This was in Ohio. Food was still “seasonal” in those days. I suppose if one lived in warmer parts of the US one might have had access to a wider variety of fresh produce and for more of the year. I don’t know.

Changes in agriculture/factory farming combined with changes in transporting food for long distances completely transformed this. By my college years my mother was buying a variety of lettuces to wash and then dry in her new-fangled salad spinner to make salads with mixed greens, minced scallions, green olives, and shaved kasseri cheese to tempt my father’s taste buds.

And then came the march of the bagged salads. I admit I thought at first that using them was cheating, somehow. Then, between working full time, raising children, and the advent of the Ranch dressing my younger daughter craved, I caved. Bagged salads it was, and was to be - - and for quite some time, too. Recently the reasonably-priced produce at LA Mart in Oakland Mills has coaxed me back into choosing my own salad greens. (It’s the logical thing to do because they don’t carry bagged salad.)

Between the labor shortages caused by COVID, the recent snow storm, and a listeria recall, bagged salads have been notably missing from grocery stores lately. This has generated quite the hue and cry on social media. Civilization as we know it is under attack!

Factory farming. Petroleum-based fertilizers. The fuel required to move the freshly grown food from where it originates to places where farming in winter is an impossibility. The plastic the bags are made of. The energy required to keep all these things refrigerated. The massive amounts of cheap labor that fuel it all.

While I love salad, and it’s a relatively easy way to get members of my family to eat vegetables, I don’t think we should place our expectations for what makes a functioning society on its availability. Must we demand bags of salad 24/7, 365 days a year, in every season? Especially once we contemplate and enumerate its costs?

Is it worth it?