Can’t Get No Respect

I admit that this is dated June 28th or thereabouts but it’s still bugging me. 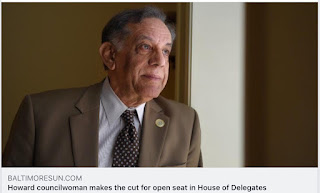 Do you see anything wrong here? Councilwoman Jen Terrasa wins her primary race and she can’t even get her photo heading the newspaper article.

It isn’t as though HoCo Times/Balt Sun doesn't have any photos of Ms. Terrasa on file. They most certainly do, from her years on the Council. So why couldn’t she be the focus here?

The headline suggested by the photo above is more likely:

In a less serious vein, one might caption this photo:

Retiring Delegate to political newcomers: Get off my lawn!

With all due respect to Delegate Turner, his photo should not appear here at all. 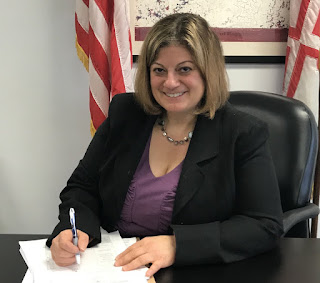 The ongoing bias which results in the erasure of women from the news is fairly widespread. It is certainly not just a Howard County thing. Conscious or not, it’s just plain unacceptable.