Last night I was following an event on Twitter and enjoying the banter between some very intelligent and witty local folks. Who happen to be men. I attempted to join in. I was ignored. Soon after, another woman responded and was dismissed as "whining." The conversation continued amongst the men. It was intelligent and witty. And it was clearly a conversation that they were having amongst themselves that they perceived was just for them, I guess. At a party it would be rude to cut in, but Twitter might not be the best place to hold a private conversation.

What do you think?

This is just a little thing, as tiny as the tiniest pebble in your shoe. But, as a self-professed miniaturist, it symbolized for me how much of our world still sees men at the heart of power. Their conversation is the conversation. I know, I know--a big leap. But I'm clearly on A Mighty Girl kick this week. And speaking of mighty girls: 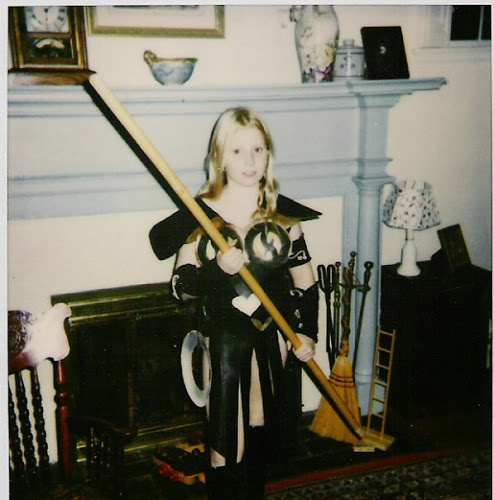 A Throwback Thursday offering--Xena, Warrior Princess. Here you see a fourth-grade girl at the height of her confidence, before adolescence moves in and she begins to question and self-sabotage her powers. This is the age when you believe you are Xena. There are no limits. (And you believe that your mother, with negligible art and sewing skills, can make the costume from scratch. And she does.)

Howard County has some mighty and powerful women. My younger daughter is growing up seeing their contributions to our community, benefiting from their talents and example. And yet she will still have those experiences where she realizes she is not truly penetrating into the conversation, and that her voice is not being heard.

So for her and for all those women I admire so much, I am going to have a little fun and turn an earlier meme on its head. 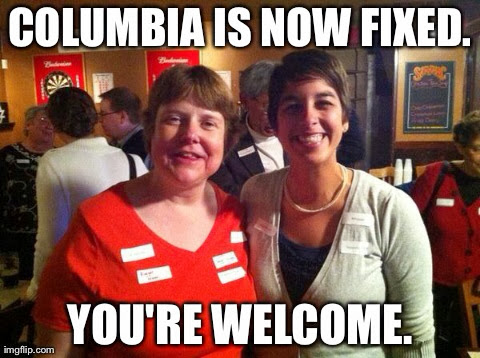 Make your own. Put yourself in the picture. Choose the topic of the conversation. Be your own Super Hero.

Just make sure to keep an ear out for others who might want to join in.

Posted with Blogsy
Posted by Julia A. McCready at 5:18 AM