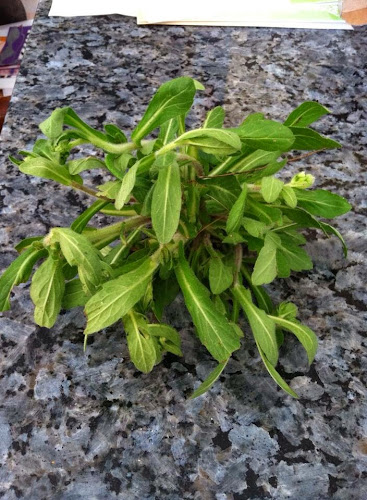 What is this thing? Is it an ordinary local plant or an invasive variety that could wreak harm by spreading? I put that out to my Facebook network of friends yesterday after I came across a group of these while I was digging up dandelions.

I don't have an answer yet. I have a lot of suggestions...

For some reason this put me in mind of Columbia, and who are the "real" Columbians. A specious question, when you consider that the People Tree was meant to represent a vibrant community of diversity. And yet somehow the question keeps coming up. Election turnout results make it clear that fewer and fewer are even hearing the question, or know what the big deal is.

As if weeds and Columbia are not enough, I'm going to take a leap and play the Star Trek card. 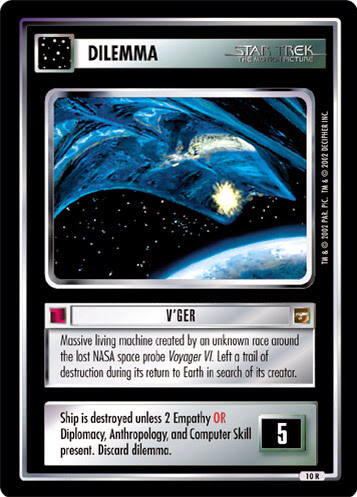 Remember V'GER? Originally a NASA probe, it had been repaired and altered in such a way that it became a entity of massive destruction. It viewed human life forms as infestations that needed to be eradicated. It had begun its mission in exploration and discovery, but something about the way it was repaired along its journey had turned it into an annihilator whose overriding mission was to return to Earth to find its Creator.

What has happened along the way to the people who loved Columbia and have evolved into destroyers of worlds? It hasn't happened to everyone. There are many, many good people who proudly call themselves Pioneers. But clearly there are some who view people and ideas which are "different" as infestations, invasive species. They are single-minded in their march towards an earlier time, to be reunited with the Creator.

I don't have an answer. I have a lot of suggestions...

On a Monday morning when energy is low and rain is on the way, I want to stop and admonish myself:

Don't ever, ever take what is beautiful and cling to it with such intensity that it becomes an act of destruction. Don't let passion make vices out of your virtues.

Continue your journey of exploration and discovery.

Posted with Blogsy
Posted by Julia A. McCready at 4:52 AM