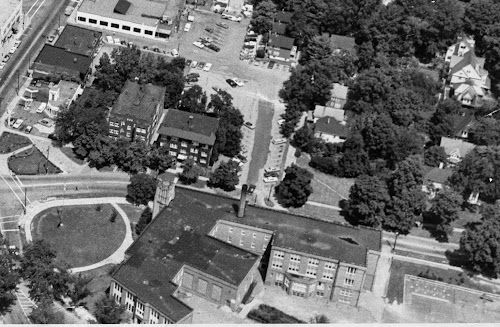 I present, for your Sunday contemplation, the following conversation from the Coventry Elementary School group on Facebook:

Does anyone remember Leo the crossing guard at the Coventry Mayfield intersection during the early 60's ?

I was a safety assigned to that intersection in late sixties with an extremely elderly crossing guard. Maybe the same man?

In the late 50's, at the corner of Washington and Berkshire stood Stanley. He wouldn't let me around the corner when I was little. There were also adult crossing guards at Coventry and Euclid Hts. Remember doing "doubles?"

And they always told us "doubles" were not allowed.

Yes, we had to make sure that each crosser stopped in the middle for safety.

That was him. He stood there forever. Thanks for remembering.

He was so old and frail by the time I worked with him. I used to worry about him!

I know and we all just loved him.

And his memory is not forgotten.

I had my picture in the Plain Dealer with the crossing guard. Sorry don't remember his name.

I remember fighting with my mother that I had to go to my Safety post on a particularly cold day because I didn't want him to be alone.

How sweet is that.

Yes, I do remember him, although I didn't remember his name. His eyes used to water from the bitter cold of Cleveland winters. He only had the woolen cloth coat and cap provided in those days for the auxiliary police; on really bad days he wore earmuffs, I think. I have remembered him all these years and the pride and personal responsibility I felt in helping him cross the younger children across that busy, double intersection. I don't think he talked much. I was a little afraid of him because he seemed rather serious to me, but I hurried to my post even in the coldest of weather because I didn't want him to be alone.

"They are not dead who live in the hearts they leave behind." --Tuscarora Proverb

Posted with Blogsy
Posted by Julia A. McCready at 7:07 AM