Out and about is exactly what we are not supposed to be right now but that hasn’t stopped a couple of locals from making their own particular mark on their respective corners of the county. 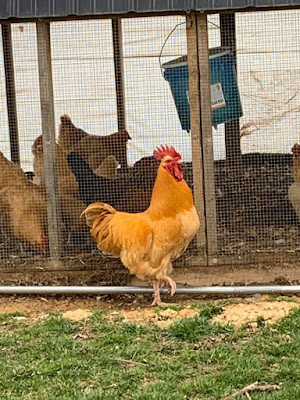 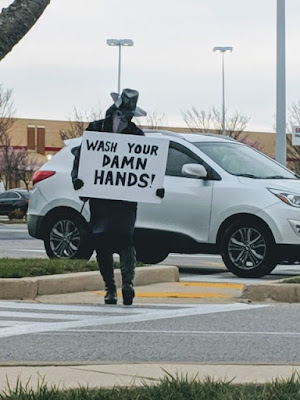 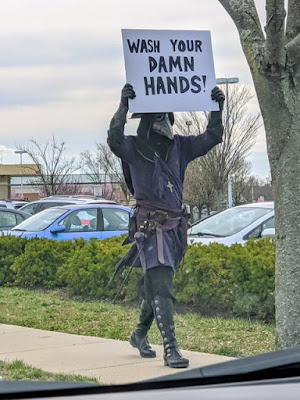 Although this character looks more than a little bird-like, it is pretty clear that the intent here is not to rustle up some hens but to give that “Steampunk Plague Doctor” costume one more post-Halloween spin while encouraging good hygiene practices.  His beak may be impressive but I don’t think his plumage would impress our avian friends in Cooksville.

Meanwhile, back in Western HoCo:

Update on the wandering flirtatious rooster...
UPDATE - Chanticleer will be strutting on to a new home tomorrow - one that will appreciate his rooster self and treat him like the King he thinks he is.

So far there’s no update on Dr. Doom here in Columbia. I’ll keep you posted if I learn anything more.
Posted by Julia A. McCready at 4:20 AM