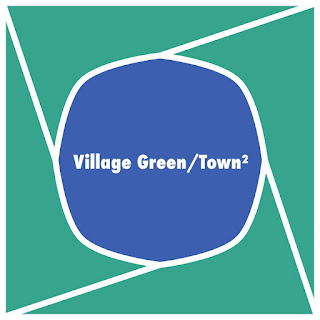 If you’ve been using the time during quarantine to binge watch television shows, you’re in good company. Without baseball, binge-watching could now easily be called the national pastime. I’m not much of a television watcher but I must admit a show on HGTV has caught my eye:  Home Town.
Home Town centers around a young couple in Laurel, Mississippi whose goal is to bring back their small town by connnecting people with older homes, which they then renovate. There’s something engaging about the hosts, Erin and Ben Napier. They are warm, genuine, and funny. They purposefully share the spotlight with local businesses and contractors/craftspeople. And they love the homes they are saving.
It’s on from noon to nine on Mondays and I have begun making my plans around it. I now want to live in a beautifully renovated Craftsman-style cottage.
Here comes the pitch: what if HGTV did a show saving older Columbia homes? They’re not as old, certainly, but they’re definitely “classic” in their own way. Bringing back original Columbia neighborhoods through supporting home rehab has been a goal of a number of local advocates. Going at this through encouraging governmental financial support has been a tough sell.
Clearly it’s time for HGTV to step in.
I can just imagine seeing an original Pacesetter model being given a new lease on life before our eyes. Throw in some shopping for decorating elements in Old Ellicott City, some interesting info from the Columbia Archives, scenic views of Downtown Columbia, and, we’re all set. I’d definitely watch. Wouldn’t you?
Now we just need the perfect couple to bring the concept to the television audience. I don’t really know why it needs to be a couple, but, since Fixer Upper dominated the home renovation television market, it seems to be a thing. We must have the perfect pair somewhere out there in Columbia: devoted to home renovations, fascinated by Columbia’s original homes and older neighborhoods.
If they could just take one of those houses and make it look like a Craftsman on the inside, that would be perfect. I’d never want to move to Laurel, Mississippi. But I would like a little architectural detail in my 1972 quadroplex. It’s fun to dream.
Posted by Julia A. McCready at 4:28 AM