I don’t quite know what’s happening, but my social media feed has been filling up with turtles recently. And, once I started seeing them, they appeared to be multiplying. I think it all began with this post from the Maryland Department of Natural Resources - Wildlife and Heritage Service:

Why did the turtle cross the road? To breed on the other side! Right now, our local turtles are looking for love and are laying eggs. Give them a brake and help them across the road if it is safe to do so. 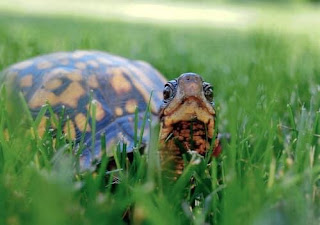 Then, a mere hours later, this Tweet from Ellicott City:

Why did the turtle cross the road? We have no idea! But this heroic lady got this turtle to safety during our run today. 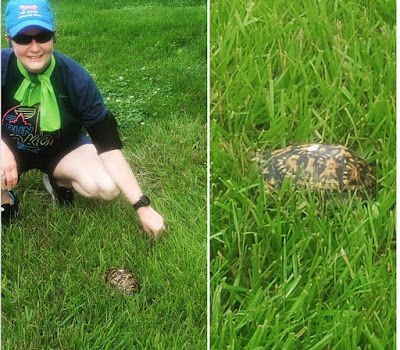 And this, from Scott Kramer in Columbia:

25 lb. Snapper heading North on South Entrance Road this morning. Thank you to the driver who carried it the the other side to continue its journey. 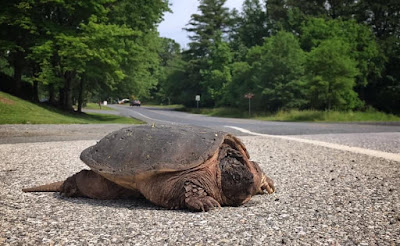 I’ve heard plenty over the years about folks who assist hatching sea turtles as they make their way into the water, but, until this weekend, I was woefully ignorant about our local turtles. No more. I now know that this is, in fact, “turtle season” and you should keep an eye out for them. From the Maryland DNR Website:

If you need to help a turtle cross the road, check for traffic and move the turtle in the direction it was traveling, until it is safely out of vehicle lanes. Do not move the turtle to the side it started from or far away from where it is found.

Once I started along a basic research path on “turtle season” I discovered The Ontario Turtle Conservation Centre’s instructional videos on how to help a turtle cross the road. There are two: one for snapping turtles, and one for all other turtles. Yes, I know Ontario is hardly local but these folks love their turtles. You could spend a long time learning from them and not get bored. (Ask me how I know.)

As I scanned social media for other local turtle sightings I found one from Baltimore that was so earnest and eloquent that I had to share it here.

Recently someone flipped me off for moving a turtle out of traffic. I’m still annoyed about it. I know life is particularly hard right now but who gets mad about helping a TURTLE? Turtles are the most neutral, mind-their-business animal around, can we just be nice to them??

Maybe it’s time to order some of these helpful bumper stickers from the folks in Ontario. 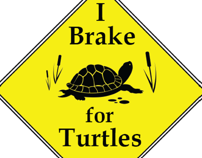