I offer my apologies that my usual post didn’t materialize this morning. I was not finding local news to be the least bit inspiring, alas.

But here’s a tasty tater tidbit that I just can’t resist sinking my teeth into.

This quick-to-become-viral story is truly a non-story. Basically Hasbro is acknowledging something that has always been true: all of the toys are potatoes. It’s the child who plays with them who decides their gender. Isn’t that what the best play is all about? The child decides.

I’m both amused and annoyed by those who are grandstanding about this as though it is a telling indicator of a liberal conspiracy to smash the “God-given” gender binary. It’s a toy. It’s a potato. Potatoes don’t have gender. But this is all obvious stuff.

As a career early childhood educator, I have spent enough time observing children play to have some educated opinions. I even have a few about Potato Head toys.

For those whose takeaway is that this is a stupid toy to begin with and why is anyone still playing with them, well, you’re entitled to your opinion. But, believe it or not, Potato Head play helps develop fine motor strength and hand-eye coordination. It supports choice-making, develops imagination through dramatic play, encourages the use of descriptive and even mathematical language.

But, subversive?  That part has always been inherent within the toy itself. Children take delight in mixing and matching all the body parts and accessories. Some may choose to assemble something which rigidly conforms to gender stereotypes, but many do not. Young children are nowhere near as bound to gender expectations as adults. A toy which allows for open-ended play is a very healthy part of child development.

It does not matter if your potato has a pink handbag or a cowboy hat or red kissy lips paired with a mustache. What matters is that you choose. You feel satisfaction in your choices. You try something, change your mind, try something else. The child decides.

Through all this play the child is developing their sense of self. They know what feels good to them and what doesn’t. They also see what is accepted and what isn’t. A child will not be harmed by the name change of a toy but they will be harmed by adults who seek to limit their choices and imagination. 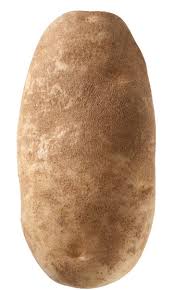 Don’t believe me? Watch this.