Reasons to get off social media and read a book:

You find yourself in a Twitter conversation and have the sneaking suspicion that two of the participants are actually the same person, animating two different accounts.

The announcement of a new grocery store in the Long Reach Village Center is met by an nasty accusation that the County Executive is inviting “a plane load of illegal Somalis” because the store will carry Halal meats.

You “like” an advert for maple cotton candy and your timeline is suddenly filled with a multiplicity of candy companies.

Your news feed temporarily freezes and Facebook suggests the reason is that you don’t have any friends.

Well, alrighty, then. Back to my book. 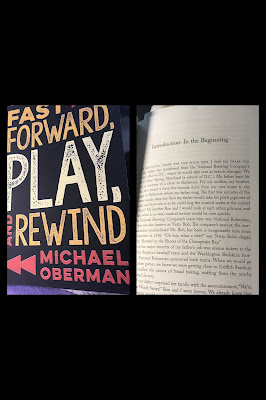 Fast Forward, Play, and Rewind is by local photographer Michael Oberman. It’s a collection of his columns for Washington’s Evening Star when he was working the music beat in the sixties and seventies. And by music I mean pop, rock, rhythm and blues, etc. If it was playing in the area, Oberman was there to do a write-up, and often backstage talking to the artists.

His interviews with notables of the day are fascinating. Oberman adds context by offering reminiscences from his own life and valuable historical information that help readers who may not have lived through these years or been “up” on the latest musical acts of the day.

I’m halfway through and enjoying it thoroughly. I bought my copy on Amazon but I’m sure you could order it through your favorite independent bookseller.

Even if Facebook thinks I don’t have any friends I can still manage to have a good day with my musical memories and a good book.