Coming up in Old Ellicott City, a concert by Richard Walton at the Little Market Café: August 13th at 6:00 PM. The tweet caught my eye. Where had I heard that name before? I feel as though a friend mentioned him on Facebook as a local favorite. Hmm… 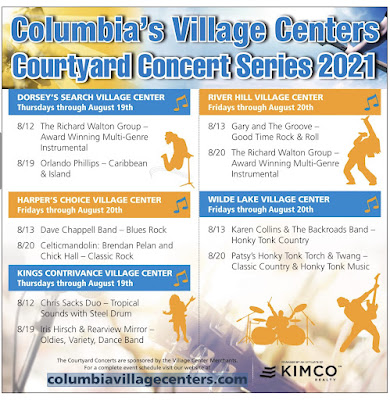 Well, here he is again in today’s Columbia Flier, with upcoming appearances in Dorsey’s Search and River Hill. Let’s see what he says about himself on Twitter.

Well, that’s interesting. I honestly do not know the life story of Mr. Walton but this brief bio appears to paint a picture of the many working musicians who also continue working their “day jobs”. It’s hard to make a living solely as an artist.

Since I am nothing if not curious, I decided to look up Charles H. Mullenberg Company. 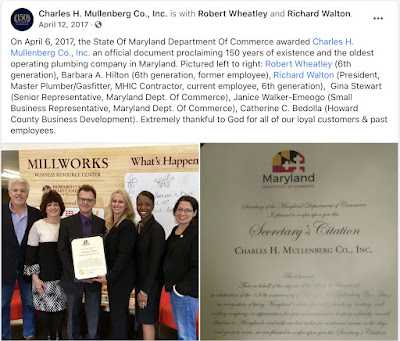 Wow! They are the oldest operating plumbing company in Maryland! And probably the only one whose President has recorded twelve albums and will soon be appearing at a venue near you. His band, the Richard Walton Group, was founded in 1990 and performs all original music.

I just think this is a very cool story.

If you’re thinking of coming out for one of these appearances you can take a listen to what you’re likely to be hearing at Apple Music or on YouTube. Just search under Richard Walton Group.

Have you ever heard Walton and his group perform? Are you a fan? Or perhaps there’s another local musician you’d like to put in a good word for. You know where to go.