A Day Without Whiteness 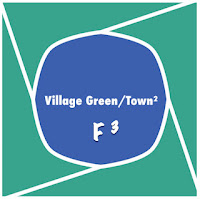 I have led a deprived life.

It’s not what you think. Not a lack of money or opportunity. From birth onward I have lived in so many primarily white worlds: neighborhoods, schools, even in some workplaces. And, the older I get, the more I realize that those who are white lose so much in our isolation.

I sometimes think that if the rest of my life were a total immersion experience of living with, working with, learning with Black peers and neighbors, it probably wouldn’t be enough to make up for what I have missed. I’m serious here. I have tried to imagine what it would be like to live in a world where everyone around me was Black: from movie stars and multi-millionaires to bank managers and coworkers and best friends. I truly believe that there is so much that I could learn from that. There are so many ways our communities and our country would benefit from truly being interconnected with people who are different than we are.

To be clear, I don’t think that such an experience would necessarily be comfortable for me. I think it would challenge a lot of assumptions I didn’t know I had. I’m not talking about some kind of a fantasy field trip to the Land of Blackness that is sugar coated for white people. I’m talking about real life, 24-7, where my whiteness would mean absolutely nothing.

During the last school redistricting debacle, there seemed to be this undercurrent of sentiment that the “white” schools were by default better schools and so the Black students and families were by default inferior and wanted to come take what the white people had. The assumption was that the benefits would be all for the Black (and Brown) students, and that the end result would diminish educational experiences for the white students.

I sometimes thought that if someone could put a monetary price tag on the benefits accrued by white students who learned in fully integrated schools, those same detractors would do an about-face. They’d be rallying at board meetings in matching t-shirts to get their kids into to “racial immersion model school” so it would look good on a college transcript. For now, their minds are closed to the very real things their children are missing by existing in bubbles of white affluence.

A while back I touched on this when responding to a video entitled “A Love Letter to Black America.” (“Face Value” November 28, 2020)

These are the faces and bodies and hearts and lives I do not know because I was raised in an almost entirely white suburban world. The children did not go to my schools and the families did not live in my neighborhood. I did not see them in shops or restaurants unless we went “downtown.” While I was not indoctrinated to believe that people who looked like this were in any way inferior, the truth of my life was that they were “other”. They might as well have been foreign.

Though I have lived in several other places in the US since then, by and large my existence has always been inside a cocoon of whiteness, reinforced by the history of redlining which keeps Black people away from “white” neighbors and out of “white” schools. Even in Howard County, considered to be inspirational for its diversity, we continue to wallow in a privileged system of separation. Talking about it makes people angry. Trying to take action creates whole new fight-back groups against it.

Here is what I saw when I watched this video: all the people who have never been in my life because of systemic racism. Love, beauty, wisdom, strength, humor, commitment shine from these people and my life has been bereft of their value and humanity. My life, and so many lives, are less because of this. Many people seem to think that attempts to address racial inequity are purely about “getting something for Blacks”. And yes, we absolutely should be facilitating what is owed. No doubt about that in my mind.

But I don’t think that we (as whites) truly comprehend how much we lose and are stunted by persisting in an unnaturally white world. Even if we’re not fighting to keep it that way. Even if we are merely content to exist within the status quo.

For so many of us, our worlds are unnaturally white. We may without conscious thought seek to protect ourself in a bubble of whiteness. And that bubble breeds more generations who seek to protect the bubble. It’s just more comfortable. But it’s an inferior, deprived, cramped, weakened existence.

What a ridiculous thing to fight to protect.