Back to the Bathtub 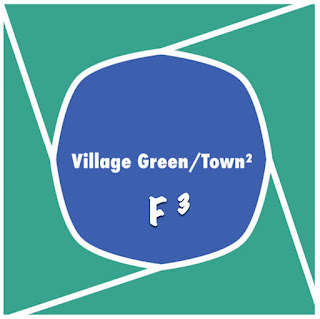 I’m taking you back ten whole years for a little post-election reflection.

Yes, folks, it's going to get a little awkward today. We're going to talk about love.  Not the lovey-dovey, stars-in-your-eyes kind of love, either.  The messy, "why do I always have to be the one who cleans the bathtub?" kind of love.

And I mean that quite literally.  For thirteen years I have been cleaning hair out of the bathtub.  And it's not my hair.  I have gone through stages on this.  First there was a honeymoon period, then annoyance, then anger, then resentment, then forgiveness, then...

My mother died.  And something odd happened.  She started turning up in unexpected ways during my daily life:  when I read to my daughter, or listened to music, or watched a program on television.  And when I cleaned the bathtub.

I realized that, in all the years while I was growing up, our bathtub was immaculate. I never gave one thought to it. I thought that all bathrooms, by their very nature, were sparkling clean.  So that day I had a vision, I guess, sort of "Our Lady of the Bathtub."  My mother, with whom I had a stormy and heart-wrenching relationship, had been cleaning that bathtub year after year, like magic. And I had enjoyed that, without knowing how it happened.

Only it wasn't magic.  I now saw it as an invisible act of love. Love in action, love as an act of the will.  And I had a choice to do the same.  I didn't have to do it, but I could choose to do it.  I could choose how I wanted to look at it. It may sound highly unliberated to say that I found a way to ennoble the act of cleaning hair out of the bathtub.  But what is liberated about it is the choice.

Some things in our community life are like cleaning the hair out of the bathtub.  School redistricting. Supporting non-profits. Attention to aquatics infrastructure. Careful stewardship of our land. Transportation. Serving on a Village Board. You don't have to do them. You have to make the choice.

The post-election internet has been filled with anger and hurt feelings on both sides. I've been struggling with how to react, what to feel, what to do. Yesterday, while reading annieriedora's post I had a familiar epiphany:  choose to do the messy, unsexy thing which is your way of making love visible--in your community, and in the world.

"If I could wave a magic wand,"  or "If I won the Lottery," I'd never have to clean the bathtub again. Have you said it?  I have.  But the things we can't throw magic or money at still need to be done. They are the things the others may enjoy without ever knowing who did them. And that doesn't really matter.

What matters is that these are the choices that will make connections between people, rather than dividing them.  I'm grateful to the community of voices in Columbia/HoCo for reminding me how simple it is to begin.

And keep at it.