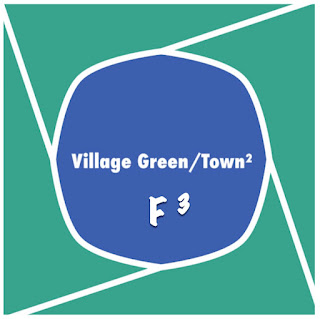 As we waited at the light my husband noted the police and emergency vehicles.

“Something happened here,” he said, noting that someone was on the ground. 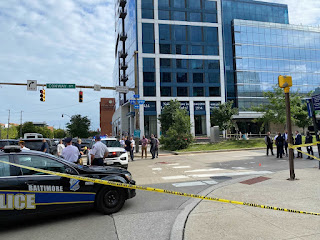 “Squeegee kids” is how they are often labeled and complained about in the local press. People write letters to the editor. Newspapers write piece after piece about the problem of the squeegee kids. Politicians pontificate. Almost one hundred per cent of their “hot takes” are from white people who have no idea what it is like to be in the shoes of the young Black Baltimoreans whose existence they decry.

I’m not here to discuss whether or not you have had a bad experience with the squeegee kids. That’s the small picture. Looking at the small picture will never reveal the truth of this situation or help bring about any positive, lasting solution.

As a teacher and a parent I have come to look at this issue as one of logical consequences. When you look at how Black residents have been treated in Baltimore, generation after generation, you see that young people trying to earn a bit of money on street corners is the logical consequence of what has come before.

Black Baltimoreans have been systematically denied opportunity for well over a hundred years but, for goodness sake, let’s get bent out of shape about squeegee kids.
Please read this article by Ron Cassie in Baltimore Magazine.
Coming Clean
The squeegee kids are on street corners and at intersections in Baltimore because generations of decisions and actions by white people in power put them there. They are a symptom of systemic racism. Most people would rather blame the symptom than address the disease.
One more thing: A white motorist pulled his car over, parked, and came after young people with a baseball bat last night.
Maybe we should talk about that, too.