This post is thinly veiled attempt to discredit the criticism regarding special needs funding. It is a complete and utter misrepresentation of the facts. Four Million dollars has been directed out of special education (money that is in the budget, but gets moved around later) in the four years she has served, while the student and special needs population has been rising. Additionally, she fails to acknowledge that the 2014/15 special needs budget was reduced by over twenty-five per cent from the previous year.

So the modest increases each year since then still do not have us at the levels we were a few years ago. This has had terrible consequences. The school system now feels their money is better spent fighting parents than providing services - notice how the legal budget has mushroomed to over $800,000 per year.

Think what we could do for $800,000 rather than paying expensive lawyer consultants (she got rid of in-house counsel) that charge by the hour. Paraeducators for example, have been greatly reduced in kindergarten, a year of great transition when more staff support is needed, not less. Inclusion is a wonderful model, but you cannot cut the supports that make it successful and not degrade the quality of education for all.

So on the one hand we have school system presentations, and on the other hand we have facts. As stakeholders we undoubtedly expect that those two things will be the same, but clearly they are not. While Dr. Foose once suggested that the budget could not be understood by members of the public unless they had advanced degrees, it seems that it would be more helpful to be a detective, or the Amazing Randi.

A simple analogy: recently I deduced that prices were going up at my local grocery store. Why? Take a look. 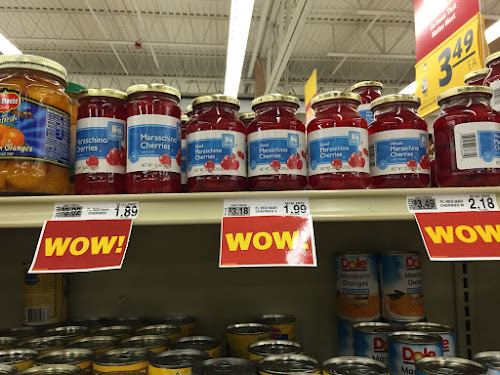 Wait, what? Why should I be so excited by maraschino cherries? Similar "Wow" signs were sprouting all over the store. And then there's this: 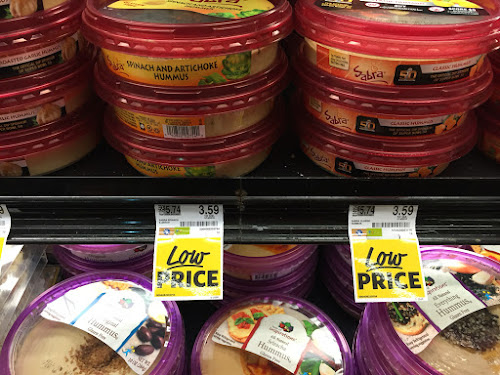 Does anyone see something wrong here? Well, use this for comparison: 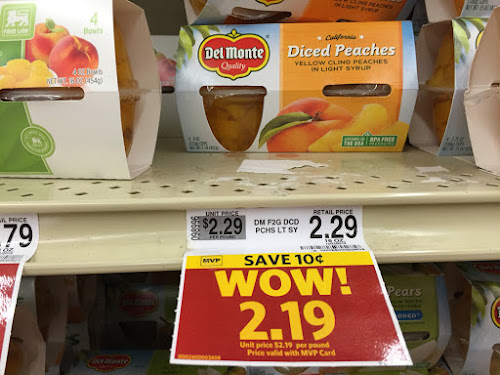 I'll admit this isn't the greatest bargain. I'm not sure a "wow!" Is truly justified. It's only ten cents off, after all. But how do we know that?

We know that because we know how much the item usually costs, what the sale price is, and how much we save per item. Then we can make a decision as an informed consumer as to whether we are willing to purchase that specific item at that specific price.

When my grocery started posting a boatload of "wow!" signs around the store without information to back them up, it was pretty clear to me that they were trying to draw attention away from the fact the food prices were rising. There's an entire field of study pertaining how to get people to buy things at the grocery store, and clearly there's a lot of smoke and mirrors involved.

But when it comes to our special education students, or any other part of the school budget, for that matter, honesty is the best policy. Not glossy p.r., not eye-catching charts with partial truths, not prevarication honed to a fine point. Honesty. The Amazing Randi would have called the tactics we are seeing now nothing more than "woo-woo." And we deserve better.

If you are looking for honesty, and are tired of "Wow", you have it in your power to make a difference. Use your vote to bring real change to the Board of Education.