This week the Howard County Times extended a professional courtesy to Board of Education Chair Christine O'Connor by publishing her 'letter to the editor' which was, at 583 words, more than twice the allowed word limit. As an elected official, she may feel that it is her due, but it was, in fact, a courtesy. The Howard County Times has guidelines, space considerations, and time constraints for a reason. Newspapers--their editorial staff and journalists--live by a set of guidelines and principles meant to serve the spreading of news first and personalities second. It makes for better journalism.

Shortly after Ms. O'Connor's letter appeared local blogger Bill Woodcock wrote a response piece on his blog, The 53. While Ms. O' Connor's letter chided those in disagreement with the board as failing to Choose Civility, it was interesting to note that the very first comment to his blog post was this snippy rejoinder from Ms. O'Connor herself:

Maybe get the facts straight if you want to call yourself a journalist. Dr. Foose has addressed the community's concerns. The two contrarians on the Board are impeding our progress.

I find it stunning that Ms. O'Connor does not know the difference between a blogger and a journalist. To be sure, definitions of the word blogger aren't very flattering (see Urban Dictionary) and definitions of journalist aren't entirely perfect as journalism evolves. But I don't think it is unreasonable to expect a local elected official to know the difference. Especially one whose area of expertise is, well, learning and knowledge.

While journalists must abide by a code of professional behavior, bloggers have no such obligations. (Possibly why we are deemed the lowest of the low by many.) So Mr. Woodcock really owes Ms.O'Connor nothing, with the possible exception of allowing her to talk back in the comments section. This is probably why most elected officials don't put themselves out there in the comments section of blogs, because they don't want to risk the likelihood that they will be getting down in the mud with pigs, as it were.

Ms. O'Connor clearly doesn't know the difference. And it isn't the first time. She jumped in on this blog during the last election cycle when she didn't like my summary of a Town Hall candidates' event at The Other Barn. She just couldn't resist. She had to put me in my place.

In my opinion this doesn't show very good judgement. There are going to be times, as an elected official, that biting one's tongue is going to be the best course of action. On the other hand, it is far more genuine than local officials who comment anonymously or create sock puppets to parrot the party line.

So, for the folks in the back row, a quick review: 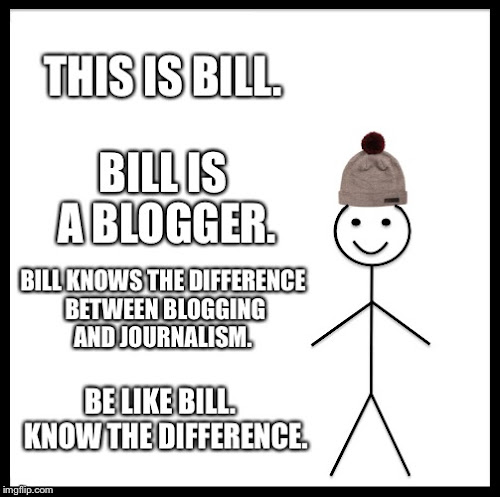