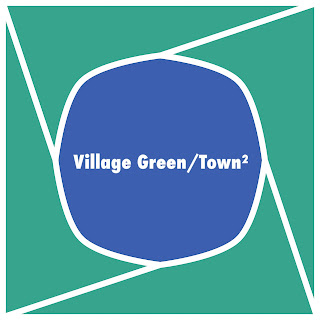 I’m heading in a different direction this morning. The news from the Supreme Court is devastating. If reproductive freedom isn’t guaranteed under the law, this country is establishing second class of citizen who has no control over life, liberty, or the pursuit of happiness.

And I am one of them.

I’m asking your indulgence as I pull the following out of my treasure chest of Old Posts. It’s the first thing I thought of when I heard the news last night.

A recommendation to get out of the Bubble and do some time travel at the same time.

The Venus Theatre in Laurel is running a series of interactive events or “iterations” entitled “JaneApp”.

From the playwright, Deborah Randall:

Reg had all of the best intentions. She was an app designer, a volunteer. She wore a yellow vest and protected women in abortion clinics. She held their hands. Until one fatal day when the abortion clinic she was volunteering for was bombed. Reggie made it out alive but completely changed. Diagnosed with PTSD she spends most of her time in her basement apartment working on her Jane App. She believes if she can get herself back to 1971 and meet the woman of a successful underground abortion movement in Chicago, she might be able to change some things. Or at least understand the hostile world around her.

I had never heard about the Jane Movement until reading the promotional materials for this play. It’s not something we learned about in school. Well, in 1971...I was in school. It wasn’t history. It would have been an underground current event. At any rate, many years have passed since and the knowledge of this piece of American women’s history has never entered my consciousness.

Right now, when a woman’s right to make her own reproductive choices is under attack, it seems a very good idea to learn.

A good place to start before buying a ticket is the following article by David Sturm:

The “Jane” in the title is a direct reference to the Jane Collective, an underground movement in Chicago that provided abortion services from 1969 to 1973, a time when abortion was illegal in most states.

You can learn more from the Laurel Community Spotlight video.

The Venus Theatre is located at 21 C Street in Laurel. The website states its mission as “...setting flight to the voices of women.” Its founder, playwright and actress Deborah Randall, has been bringing challenging new works to the community for over 10 years. She is a graduate of the UMBC Theatre program.

“Jane App” is described as “Four Friday Performances with different scripts, to be podcast and live streamed.” Each performance runs about an hour. Tickets for each event are $20.00.

It’s a chance to support local theatre, elevate women’s voices, and learn something, too.

The Venus Theatre as a physical location is no more, a victim of the pandemic. But the spirit of Venus is very much alive through Deborah Randall, who is taking the show on the road. Learn more here.

I’m grateful for Ms. Randall’s voice and her unceasing commitment to elevating the voices of women. Let the moment bring forth many, many more with her vision and resolve.