File this under things you can learn from Twitter: Columbia is going to have a Film Festival.

Say what? Is this not our beloved Mr. B showing  movies at the Lakefront? 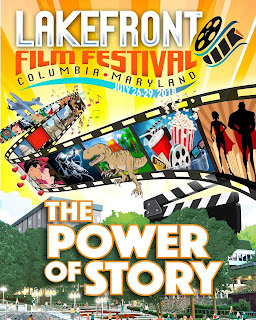 No, it appears there’s a new kid in town this summer. The Lakefront Film Festival has a Twitter account, (@LakefrontFest)  a website (not totally fleshed out) and it appears that they plan to:

Does anyone out there in readerland know anything about this? It doesn’t appear to be a part of the Columbia Festival of the Arts. I don’t think it’s part of the Movies at Merriweather, or the multicultural film fest at the Chrysalis. So who are these people who are throwing a Film Festival and want people to buy “Festival Packages” to see them?

I don’t know. I’m curious. Also, a side note: this poster features the American City Building. I had heard rumors that the plan is to demolish it. Where does that stand?