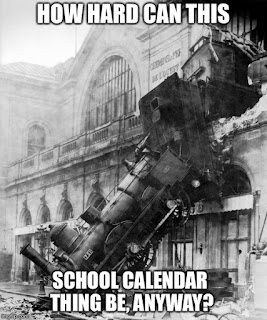 
Oh, and let’s not forget Maryland weather, which looks at this entire scenario and says, “hold my beer.”

This just feels like a classic example of what happens when men come in saying, “I’m going to fix this for you; it’s no big deal” and then proceed wreck the whole thing. And then, while surveying all the broken pieces, they say, “Hey, maybe this had more moving parts than we thought...”